Message Sent
Thank you for your inquiry. We will respond to you as soon as possible.

With gift planning, you can provide support for future generations of MC students while enjoying financial benefits for you and others closest to you.

You are at: Planned Giving > Gift Options > Donor Stories 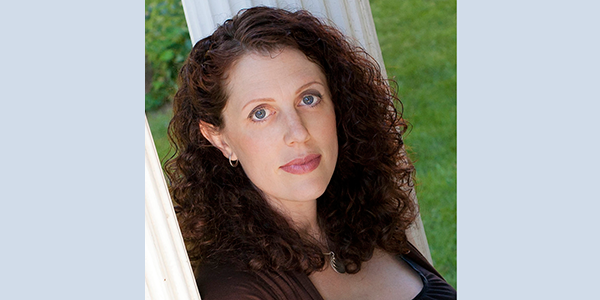 I'm the last person in the world you would expect to be writing an article about why I give to McPherson College. In fact, I had made a vow with my younger sister that neither of us would ever attend McPherson College! I believe this was during yet another bothersome tour of the campus on one of our annual visits to see my grandparents. You see, McPherson College has been part of my life as long as I can remember. I grew up hearing stories of the pranks and mischief my parents (Ron Cassidente and Carolyn Lehman Cassidente) were involved in while attending in the '60s. I grew up knowing friends of my parents who they had met while attending. My great-great-uncle, D. W. Kurtz, was president here when my grandmother (Ruth Kurtz Lehman), his niece, attended in the 1920s. My grandpa (Harvey Lehman) not only attended with his twin brother, Harry, he helped personally recruit my dad to attend.

Our annual family vacations were always to McPherson to visit my grandparents and attend family reunions and tour the college. So you can imagine how boring and unattractive going to college here someday seemed to me as a teen. Well, never say never! As a high school senior I had applied at some in-state universities in Indiana, but my life was taking me to Paris, France, right after graduation, and I planned to put college on hold. It was only after returning stateside - unexpectedly early - that I learned the meaning of "never say never." Indiana University didn't have any dorm space, so my mom asked McPherson College to consider a fast application, and I was accepted. My plan was to attend for a year and then transfer out to Indiana. I figured I could manage just one year. Plans changed yet again when I fell in love with McPherson College and the dedicated professors who brought the lessons I was learning to life. I even took classes with professors who my parents had been in class with (and heard some great stories along the way!) I experienced what a difference it makes to have people who are tied to the Church of the Brethren and dedicated to the school and who actually teach their own classes. I felt known, valued and respected.

So I stayed all four years, and to this day I credit it as one of the best decisions that I ever made. I remember names, faces and moments in classes with my professors. There were so many more, but Rick Tyler, Kim Stanley, Herb Smith, Lee Lengel and Wayne Conyers immediately come to mind. The amazing truth about this short list is that they are all still teaching and dedicated to the college! When I graduated in 1997, I was the third generation of my family to attend McPherson College. When I walked across the stage in my Ruby Red shoes (did I mention I was a theatre major?), it was the 30-year anniversary of my father's graduation and the 70-year anniversary of my grandfather's graduation. I felt connected to my past and ready to meet my future. Of course, as a young graduate I joked about not giving money back to the college until my student loans were paid off! However, I've come to realize how deep my ties to this college really go. Those four years were transformational in my life, and I look back on them even now with extreme fondness. I met the neatest people and am still glad to call many of them my friends to this day. Several of them now work at McPherson College, and that speaks volumes to me about how much of an effect those four years had on many of our lives. I give to McPherson College because after a difficult time in my life it was a refuge, a place where I was seen as an individual with unique strengths and needs. Everyone I encountered who worked at the college - from the janitor who cleaned in the dorms to the administrative staff to the professors all the way up to the president himself - were kind, helpful and caring. At McPherson College I wasn't a number. I was a person with a name. I give so that other students have the chance to experience what a difference that can make in your life! I want others to experience their own life-changing transformation. I give because I secretly hope that the college will eventually build a third Fahnestock Hall. I was lucky as a woman to live there during the brief time when it was co-ed, but my Grandfather lived in the original Fanny, and my dad and I both lived in the "New Fahnestock Hall." That dorm and the people in it were a second family. If you lived there, you know what I'm talking about.

I give to McPherson College because former President Paul Hoffman changed the course of my life in August of 1993 by allowing me to attend unexpectedly that fall. I give because the Church of the Brethren values led me to my current Mennonite Church here in Milwaukee. I wasn't interested in those Anabaptist values back then, but they laid a foundation for service, peace and compassion for others that I draw from today.

I give because I would be proud if one of my five children chose to become the fourth generation of our family to attend. I give so that one day in my 90s I might be blessed to see my grandchild (or great-grandchild) walk across that stage.

I hope that others consider giving - no matter how small or large your gift. Consider giving if any of my reasons apply to your life, or for reasons of your own. If McPherson College touched your life, think about paying it forward!

Let us help you with your gift plans